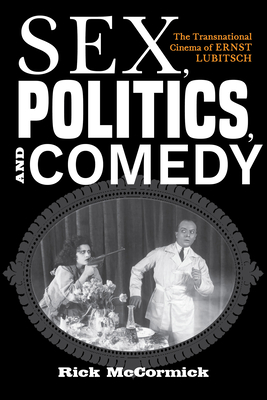 Ernst Lubitsch (1982-1947) was one of the most successful and influential German filmmakers in American film comedy. In this volume, Rick McCormick argues for a more transnational view of Lubitsch's career and films with respect to nationality, ethnicity, migration, class, sexuality, and gender. McCormick focuses on Lubitsch's Jewishness, which is inseparable from the distinct transnational character of the director, categorizing his early films as "Jewish comedies" where Lubitsch strikes a tenuous balance between Jewish humor, antisemitic jokes, stereotypes, and the incorporation of antifascist subjects into his popular films. Above all, the larger political issues at stake in Lubitsch's work are brought forward: German-Jewish perspectives and experiences, the subtle treatment of covert political and social messages, and the relationship of comedy, especially sexual comedy, to emancipatory politics and, in particular, to the turbulent politics of Europe and the United States in the first half of the twentieth century.

Rick McCormick is a Professor of German at the University of Minnesota. He is author of Gender and Sexuality in Weimar Modernity: Film, Literature, and "New Objectivity" and Politics of the Self: Feminism and the Postmodern in West German Literature and Film.
or
Pre-Order Now
Copyright © 2020 American Booksellers Association