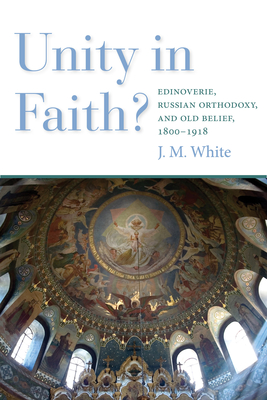 Established in 1800, edinoverie (translated as "unity in faith") was intended to draw back those who had broken with the Russian Orthodox Church over ritual reforms in the 17th century. Called Old Believers, they had been persecuted as heretics. In time, the Russian state began tolerating Old Believers in order to lure them out of hiding and make use of their financial resources as a means of controlling and developing Russia's vast and heterogeneous empire. However, the Russian Empire was also an Orthodox state, and conversion from Orthodoxy constituted a criminal act. So, which was better for ensuring the stability of the Russian Empire: managing heterogeneity through religious toleration, or enforcing homogeneity through missionary campaigns? Edinoverie remained contested and controversial throughout the 19th and early 20th centuries, as it was distrusted by both the Orthodox Church and the Old Believers themselves. The state reinforced this ambivalence, using edinoverie as a means by which to monitor Old Believer communities and employing it as a carrot to the stick of prison, exile, and the deprivation of rights. In Unity in Faith?, James White's study of edinoverie offers an unparalleled perspective of the complex triangular relationship between the state, the Orthodox Church, and religious minorities in imperial Russia.

James White is Senior Research Fellow at the Laboratory for the Study of Primary Sources and the Laboratory for Archaeographical Studies at Ural Federal University.
or support indie stores by buying on
Copyright © 2020 American Booksellers Association