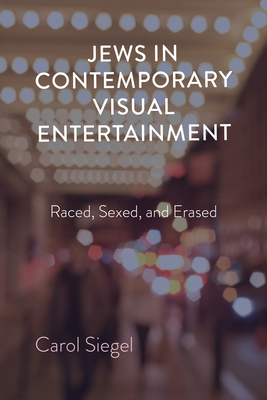 What are the consequences of how Jews are depicted in movies and television series? Drawing on a host of movies and television series from the 1970s to present day, Jews in Contemporary Visual Entertainment explores how the media sexualize and racialize American Jews. Race and sexuality frequently intersect in the depiction of Jewish characters in such shows as The Marvelous Mrs. Maisel, UnREAL, The Expanse, and Breaking Bad, and in films such as Hester Street, Once Upon a Time in America, Casino, Radio Days, Inglourious Basterds, and Barton Fink. When they do, American sexual norms are invariably challenged or outright broken by these anti-Semitic representations of Jewishness.

Carol Siegel is Professor of English, Film, and Women's, Gender, and Sexuality Studies at Washington State University Vancouver. She is the author of Sex Radical Cinema and New Millennial Sexstyles, among other monographs and collections.
Loading...
or support indie stores by buying on