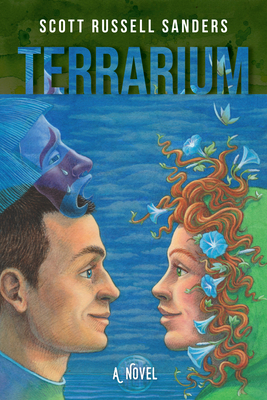 With round-the-clock drugs, games, and eros parlors to entertain them and virtual weather to sustain them, humans live inside a global network of domed cities known collectively as the Enclosure. Having poisoned the biosphere, we've had to close ourselves off from the Earth. The cities of the Enclosure are scattered around the globe on the land and sea, and are connected by a web of travel tubes, so no one needs to risk exposure. Health Patrollers police the boundaries of the Enclosure to keep the mutants and pollution out.

Phoenix Marshall decodes satellite images for a living. He has spent all 30 years of his life in Oregon City, afloat on the Pacific Ocean. He busies himself with work and various forms of recreation to keep boredom at bay. One morning he opens his door to find Teeg Passio. Teeg is the same age as Phoenix, but she's different; she's menacingly and enticingly wild. She grew up on the outside. Her mother oversaw the recycling of the old cities, and her father helped design the Enclosure. Teeg works maintenance, which allows her to travel outside the walls. When she introduces Phoenix to her crew, he is drawn into a high-tech conspiracy that may threaten everything he understands. Are humans really better off within the Enclosure? Is the Earth? Are Health Patrollers keeping us safe or just keeping us in?

Teeg seduces Phoenix out of his orderly life, enlisting him in a secret, political and sexual rebellion. Teeg and her co-conspirators, part mystics, part tech-wizards, dream of a life embedded in nature. Then one day, during a closely monitored repair mission on the outside, a typhoon offers the rebels a chance to escape the Enclosure and test their utopian dreams in the wilds.

An award-winning author of essays and fiction with an ecological focus, Sanders' work has been compared to that of Emerson and Thoreau, as well as to that of Wendell Berry and Annie Dillard. In Terrarium, he infuses his ecological vision into a timely and beautifully wrought science fiction novel.
Loading...
or support indie stores by buying on