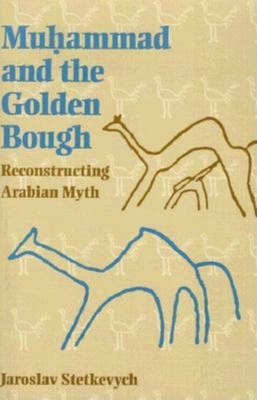 Muhammad and the Golden Bough (Paperback)

"Stetkevych succeeds brilliantly in reconstructing the myth of the destruction of the Thamud, an ancient people of north Arabia.... This book will add a new dimension to the study of Near Eastern and Mediterranean myth and legend." --Choice

"Stetkevych's critical and wide-ranging perspective reveals a wealth of insights. This book is must reading for everyone in the field of religion and one of the most important works in recent years." --Religious Studies Review

"The graceful writing, interdisciplinary scope, and hermeneutical depth should make it compelling reading for those interested in the mythos of Arabia before and at the birth of Islam and in comparable myths in neighboring civilizations." --MESA Bulletin

"It opens up new dimensions of how to think about, how to study, how to see interrelationships in the ancient Arabian world and their connections with the Mediterranean world in general.... a stunning piece of work." --Chronicle of Higher Education

Through its development of a methodology for analyzing the mythic and folkloric traditions of pre-Islamic Arabia and the process of their incorporation into Islamic myth and Qur'anic texts, Muhammad and the Golden Bough offers compelling insights for students of Islam, comparative religion, and cultural anthropology. By linking Arabic myth with a broad range of ancient and classical texts--including Gilgamesh, Homer, and the Hebrew Bible--the book makes a provocative contribution to biblical and ancient Near Eastern studies, classics, and comparative literature.

Jaroslav Stetkevych is Professor Emeritus of Arabic Literature at the University of Chicago. He is author of The Modern Arabic Literary Language: Lexical and Stylistic Developments and The Zephyrs of Najd: The Poetics of Nostalgia in the Classical Arabic Nasib. His articles on classical and modern Arabic literature have appeared in Spanish, English, Arabic, and Ukrainian.

Contents
Introduction: Reclaiming Arabian Myth
The Textual Puzzle
The Thamudic Backdrop to the Puzzle
The First Answer to the Puzzle: The Raid on Tabuk
The Totem and the Taboo
Poeticizing the Thamud
Demythologizing the Thamud
The Scream
The Arabian Golden Bough and Kindred Branches: Frazer, Vergil, Homer, and Gilgamesh
Conclusion