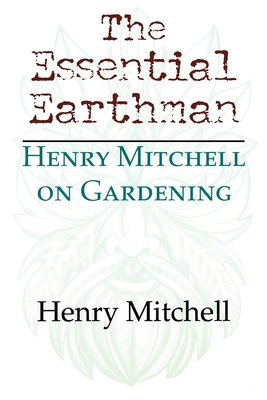 "Genuinely a classic . . ." --Los Angeles Times (on the occasion of Houghton Mifflin's paperback edition, which came out in 1994).

"Is there anyone alive with the slightest interest in gardening who doesn't know that Henry Mitchell is one of the funniest and most truthful garden columnists we've got?" --Allen Lacy

"Mitchell is a joy to read. He has tried and failed, persevered and triumphed, and he has many sound recommendations for us fumblers and failures." --Celestine Sibley, in the Atlanta Constitution.

"Henry Mitchell is one of America's most entertaining and enlightening garden writers. . . . 'Garden writer' fails, in truth, to describe this man. He gardens and he writes--the former, if we take him at his word, with lust and loathing, foolhardiness and finesse; the latter with gentle irony and consummate skill." --Pacific Horticulture

"Mitchell mixes practical advice, encouragement, philosophic consolation and wit. He is the neighbor you wish you could talk to over the back fence." --House and Garden

Henry Mitchell was to gardening what Izaak Walton was to fishing. The Essential Earthman is a collection of the best of his long-running column for the Washington Post. Although he offered invaluable tips for novice as well as seasoned gardeners, at the heart of his essays were piquant observations: on keeping records; the role of trees in gardens (they don't belong there); how a gardener should weather the winter; on shrubs, bulbs, and fragrant flowers--and about observation itself. Here's one example: Marigolds gain enormously in impact when used as sparingly as ultimatums. Henry Mitchell came to his subject with reverence, passion, humor, and a contagious enthusiasm tempered only by his sober knowledge of human frailty. The Essential Earthman is for all who love gardening--even those who only dream of doing it.

Henry Mitchell grew up in Memphis, Tennessee, and attended the University of Virginia. Before joining the Washington Post in 1970, he was a reporter on the Memphis Commercial Appeal and editor of the Delta Review. In addition to the Sunday gardening column, "Earthman," he wrote the "Any Day" column which appeared each Friday in the Post (his collection of essays from that column (1997) is also entitled Any Day. He died in 1993. There are two other collections of Mitchell's "Earthman" columns in print: One Man's Garden (1992) and Henry Mitchell on Gardening (1998).
or support indie stores by buying on
Copyright © 2020 American Booksellers Association