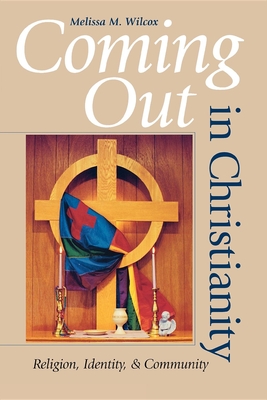 Coming Out in Christianity (Paperback)

For many Christians, "homosexuality" is an issue. It is often considered a matter of "us" versus "them," or worse, for gay men and women, a question of their behavior, not something intrinsic to their identity. Coming Out in Christianity examines this conflict from the point of view of a group of lesbian, gay, bisexual, and transgender Christians. It focuses on current and former members of two Metropolitan Community Churches in California that serve predominantly LGBT Christians. Based on original research, including more than 70 in-depth interviews, the book explores life histories, current beliefs, cultural settings, and community influences to learn what helped each forge an identity as both gay and Christian. These powerful case studies will help to deepen our understanding of both religion and personal identity.

Melissa M. Wilcox is Visiting Johnston Professor of Religion at Whitman College. The author of several articles on various aspects of LGBT religiosity and on religious responses to violence, she is also co-editor of Sexuality and the World's Religions and is a member of the advisory committee for the Lesbian, Gay, Bisexual, and Transgender Religious Archives Network.
or support indie stores by buying on
Copyright © 2020 American Booksellers Association