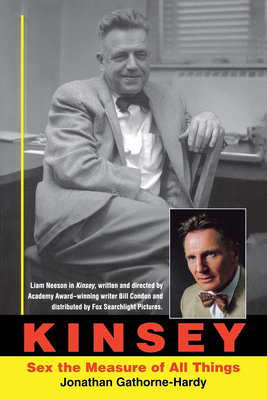 Sex the Measure of All Things

"... revises the] revisionism and presents Kinsey in an altogether more favorable light... a humane and indefatigable sex educator, as well as an unfairly maligned martyr of American priggishness...." --Salon

Gathorne-Hardy's literate, major biography of Kinsey is the first to give a balanced portrait of one of this century's pioneering researchers and social reformers. The author interviewed in depth surviving family members, close colleagues, friends, and lovers. In this subtle, often witty, penetrating book, he reveals not just a series of new revelations, but whole new aspects of this complex, difficult, contradictory, heroic, obsessive, and ultimately sympathetic man.

Jonathan Gathorne-Hardy served as a consultant during the filming of the motion picture Kinsey. He is author of The Rise and Fall of the British Nanny and lives in England.
or
Buy Here
Copyright © 2020 American Booksellers Association