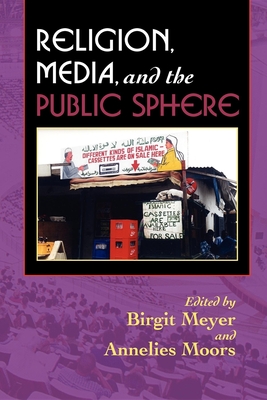 "... one of those rare edited volumes that advances social thought as it provides substantive religious and media ethnography that is good to think with." --Dale Eickelman, Dartmouth College

Increasingly, Pentecostal, Buddhist, Muslim, Jewish, Hindu, and indigenous movements all over the world make use of a great variety of modern mass media, both print and electronic. Through religious booklets, radio broadcasts, cassette tapes, television talk-shows, soap operas, and documentary film these movements address multiple publics and offer alternative forms of belonging, often in competition with the postcolonial nation-state. How have new practices of religious mediation transformed the public sphere? How has the adoption of new media impinged on religious experiences and notions of religious authority? Has neo-liberalism engendered a blurring of the boundaries between religion and entertainment? The vivid essays in this interdisciplinary volume combine rich empirical detail with theoretical reflection, offering new perspectives on a variety of media, genres, and religions.

Birgit Meyer is Professor of Cultural Anthropology at the Free University, Amsterdam.Annelies Moors holds the ISIM Chair at the International Institute for the Study of Islam in the Modern World, University of Amsterdam.
or
Buy Here
Copyright © 2020 American Booksellers Association