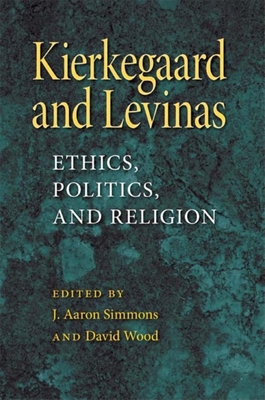 Ethics, Politics, and Religion (Indiana Series in the Philosophy of Religion)

Recent discussions in the philosophy of religion, ethics, and personal political philosophy have been deeply marked by the influence of two philosophers who are often thought to be in opposition to each other, S ren Kierkegaard and Emmanuel Levinas. Devoted expressly to the relationship between Levinas and Kierkegaard, this volume sets forth a more rigorous comparison and sustained engagement between them. Established and newer scholars representing varied philosophical traditions bring these two thinkers into dialogue in 12 sparkling essays. They consider similarities and differences in how each elaborated a unique philosophy of religion, and they present themes such as time, obligation, love, politics, God, transcendence, and subjectivity. This conversation between neighbors is certain to inspire further inquiry and ignite philosophical debate.