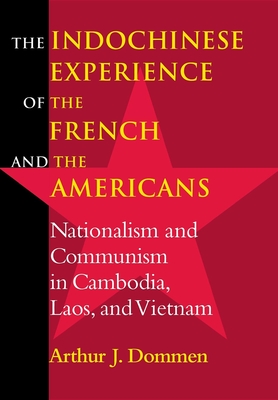 The Indochinese Experience of the French and the Americans (Hardcover)

Nationalism and Communism in Cambodia, Laos, and Vietnam

This magisterial study by Arthur J. Dommen sets the Indochina wars 'French and American' in perspective as no book that has come before. He summarizes the history of the peninsula from the Vietnamese War of Independence from China in 930-39 through the first French military actions in 1858, when the struggle of the peoples of Indochina with Western powers began.

Dommen details the crucial episodes in the colonization of Indochina by the French and the indigenous reaction to it. The struggle for national sovereignty reached an acute state at the end of World War II, when independent governments rapidly assumed power in Vietnam and Cambodia. When the French returned, the struggle became one of open warfare, with Nationalists and Communists gripped in a contest for ascendancy in Vietnam, while the rulers of Cambodia and Laos sought to obtain independence by negotiation.

The withdrawal of the French after their defeat at Dien Bien Phu brought the Indochinese face-to-face, whether as friends or as enemies, with the Americans. In spite of an armistice in 1954, the war between Hanoi and Saigon resumed as each enlisted the help of foreign allies, which led to the renewed loss of sovereignty as a result of alliances and an increasingly heavy loss of lives. Meticulous and detailed, Dommen's telling of this complicated story is always judicious. Nevertheless, many people will find his analysis of the Diem coup a disturbing account of American plotting and murder.

This is an essential book for anyone who wants to understand Vietnam and the people who fought against the United States and won.

Arthur J. Dommen was Saigon Bureau Chief for United Press International in 1959-61 and for the Los Angeles Times in 1969- 71. He covered the first year of the Paris negotiations on Vietnam (1968-69). He is the author of Conflict in Laos: The Politics of Neutralization and of Laos Keystone of Indochina, and of numerous articles on the countries and peoples of Indochina.
or support indie stores by buying on
Copyright © 2020 American Booksellers Association