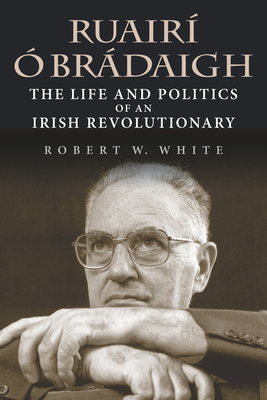 The Life and Politics of an Irish Revolutionary

"In a very real sense, Ruair Br daigh can . . . be said to be the last, or one of the last Irish Republicans. Studies of the Provisional movement to date have invariably focused more on the Northerners and the role of people like Gerry Adams and Martin McGuinness. But an understanding of them is not possible without appreciating where they came from and from what tradition they have broken. Ruair Br daigh is that tradition and that is why this account of his life and politics is so important." --from the foreword by Ed Moloney, author of A Secret History of the IRA

At his death in 2013, Ruair Br daigh remained a divisive and influential figure in Irish politics and the Irish Republican movement. He was the first person to serve as chief of staff of the Irish Republican Army, as president of the political party Sinn F in, and to have been elected, as an abstentionist, to the Dublin parliament. He was a prominent, uncompromising, and articulate spokesperson of those Irish Republicans who questioned the peace process in Northern Ireland. His concern was rooted in his analysis of Irish history and his belief that the peace process would not achieve peace. He believed that it would support the continued partition of Ireland and result in continued, inevitable, conflict.

The child of Irish Republican veterans, Br daigh led IRA raids, was arrested and interned, escaped and lived "on the run," and even spent a period of time on a hunger strike. Because he was an effective spokesman for the Irish Republican cause, he was at different times excluded from Northern Ireland, Britain, the United States, and Canada. He was also a key figure in the secret negotiation of a bilateral IRA-British truce in the mid-1970s.

In a brief afterword for this new edition, author Robert W. White addresses Br daigh's continuing influence on the Irish Republican Movement, including the ongoing "dissident" campaign. Whether for good or bad, this ongoing dissident activity is a part of Ruair Br daigh's enduring legacy.

Robert W. White is Dean of the Indiana University School of Liberal Arts and Professor of Sociology at Indiana University-Purdue University Indianapolis. He is author of Provisional Irish Republicans: An Oral and Interpretive History and co-editor of Self, Identity and Social Movements. He lives in Indianapolis.
or support indie stores by buying on
Copyright © 2020 American Booksellers Association