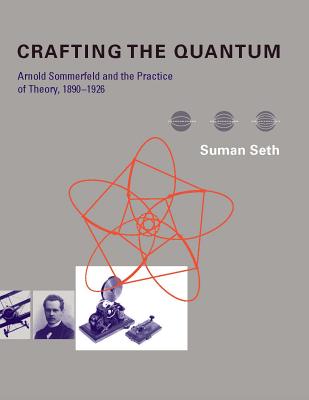 Arnold Sommerfeld and the Practice of Theory, 1890-1926 (Transformations: Studies in the History of Science and Technology)

An intellectual and cultural history of the birth of theoretical physics in Germany, focusing on the pedagogy and research of a leader in work on the "older" quantum theory.

Arnold Sommerfeld (1868-1951) was among the most significant contributors to the birth of modern theoretical physics. At the University of Munich, beginning in 1906, he trained two generations of theoretical physicists. Eight of his students (among them Werner Heisenberg, Wolfgang Pauli, and Hans Bethe) went on to win the Nobel Prize. In Crafting the Quantum, Suman Seth offers the first English-language book-length study of Sommerfeld's work, presenting an intellectual and cultural history of theoretical physics in Germany viewed through the lens of Sommerfeld's research and pedagogy.

Seth examines the practical origins of many of the problems undertaken by Sommerfeld and his school, a number of which carried over from his years of teaching at an engineering school. Some of this research was later applied by his students during World War I to such problems as the stability of aircraft wings and the functioning and directional operation of antennas. Seth describes in detail Sommerfeld's pedagogical practice, including his characteristic amalgamation of research and teaching. He relates the history of the "older" quantum theory and Sommerfeld's engagement with the work of Max Planck and Niels Bohr and compares Sommerfeld's "physics of problems" to Planck's and Bohr's more abstract "physics of principles." To illuminate the nature of Sommerfeld's work, Seth offers detailed descriptions of the contrasting work of other theorists. Seth's innovative account challenges idealist depictions of the nature of theoretical work in physics, describing not only modes of practice but also the multiple areas of intellectual, political, and social life from which science draws resources and to which it contributes.

Suman Seth is Assistant Professor in the Department of Science and Technology Studies at Cornell University.
Loading...
or
Not Currently Available for Direct Purchase