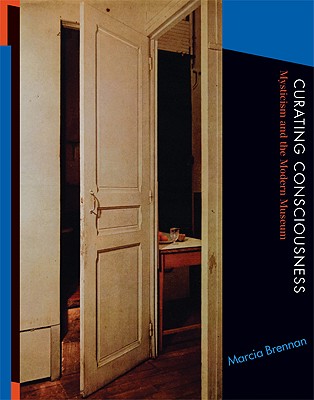 Mysticism and the Modern Museum

How prominent curator and author James Johnson Sweeney cast the modern museum as a secular temple of art.

Artists have often taken rational, material existence as a starting point for engagement with metaphysics and mysticism, but no book until now has traced a similar strategy on the part of curators. In Curating Consciousness, Marcia Brennan focuses on one of the transformational figures of twentieth-century curatorial culture, and the main protagonist of this (until now) unacknowledged curatorial practice. James Johnson Sweeney (1900-1986) was hired by Alfred H. Barr, Jr., to be the Director of Painting and Sculpture at the Museum of Modern Art in 1935. He went on to become the Director of the Guggenheim Museum in the 1950s and the Museum of Fine Arts, Houston, in the 1960s. Throughout his career, Sweeney provocatively engaged motifs of mysticism in order to cast the modern museum as a secular temple of art.

Marcia Brennan is Associate Professor of Art History at Rice University. She is the author of Painting Gender, Constructing Theory: The Alfred Stieglitz Circle and American Formalist Aesthetics (2002) and Modernism's Masculine Subjects: Matisse, the New York School, and Post-Painterly Abstraction (2006), both published by the MIT Press.
Loading...
or
Not Currently Available for Direct Purchase