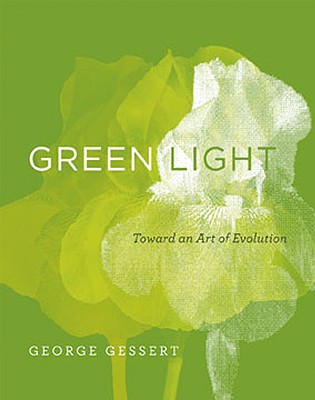 Toward an Art of Evolution (Leonardo (MIT Press))

How humans' aesthetic perceptions have shaped other life forms, from racehorses to ornamental plants.

Humans have bred plants and animals with an eye to aesthetics for centuries: flowers are selected for colorful blossoms or luxuriant foliage; racehorses are prized for the elegance of their frames. Hybridized plants were first exhibited as fine art in 1936, when the Museum of Modern Art in New York showed Edward Steichen's hybrid delphiniums. Since then, bio art has become a genre; artists work with a variety of living things, including plants, animals, bacteria, slime molds, and fungi. Many commentators have addressed the social and political concerns raised by making art out of living material. In Green Light, however, George Gessert examines the role that aesthetic perception has played in bio art and other interventions in evolution.

Gessert looks at a variety of life forms that humans have helped shape, focusing on plants--the most widely domesticated form of life and the one that has been crucial to his own work as an artist. We learn about pleasure gardens of the Aztecs, cultivated for intoxicating fragrance; the aesthetic standards promoted by national plant societies; a daffodil that looks like a rose; and praise for weeds and wildflowers.

George Gessert is an artist whose work focuses on the overlap between art and genetics. His exhibits often involve plants he has hybridized or documentation of breeding projects.
Loading...
or
Not Currently Available for Direct Purchase