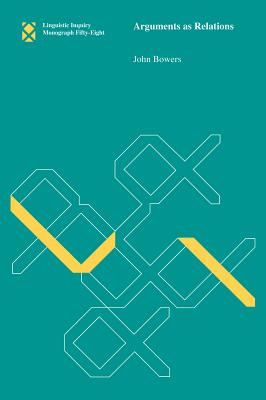 A radically new approach to argument structure in the minimalist program.

In Arguments as Relations, John Bowers proposes a radically new approach to argument structure that has the potential to unify data from a wide range of different language types in terms of a simple and universal syntactic structure. In many ways, Bowers's theory is the natural extension of three leading ideas in the literature: the minimalist approach to Case theory (particularly Chomsky's idea that Case is assigned under the Agree function relation); the idea of introducing arguments in specifiers of functional categories rather than in projections of lexical categories; and the neo-Davidsonian approach to argument structure represented in the work of Parsons and others. Bowers pulls together these strands in the literature and shapes them into a unified theory.

These ideas, together with certain basic assumptions--notably the idea that the initial order of merge of the three basic argument categories of Agent, Theme, and Affectee is just the opposite of what has been almost universally assumed in the literature--lead Bowers to a fundamental rethinking of argument structure. He proposes that every argument is merged as the specifier of a particular type of light verb category and that these functional argument categories merge in bottom-to-top fashion in accordance with a fixed Universal Order of Merge (UOM). In the hierarchical structures that result from these operations, Affectee arguments will be highest, Theme arguments next highest, and Agent arguments lowest--exactly the opposite of the usual assumption.

John Bowers is Professor of Linguistics and Chair of the Linguistics Department at Cornell University.
Loading...
or
Not Currently Available for Direct Purchase