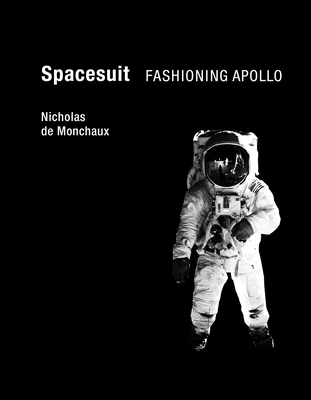 How the twenty-one-layer Apollo spacesuit, made by Playtex, was a triumph of intimacy over engineering.

When Neil Armstrong and Buzz Aldrin stepped onto the lunar surface in July of 1969, they wore spacesuits made by Playtex: twenty-one layers of fabric, each with a distinct yet interrelated function, custom-sewn for them by seamstresses whose usual work was fashioning bras and girdles. This book is the story of that spacesuit. It is a story of the triumph over the military-industrial complex by the International Latex Corporation, best known by its consumer brand of "Playtex"—a victory of elegant softness over engineered hardness, of adaptation over cybernetics.

Playtex's spacesuit went up against hard armor-like spacesuits designed by military contractors and favored by NASA's engineers. It was only when those attempts failed—when traditional engineering firms could not integrate the body into mission requirements—that Playtex, with its intimate expertise, got the job.

In Spacesuit, Nicholas de Monchaux tells the story of the twenty-one-layer spacesuit in twenty-one chapters addressing twenty-one topics relevant to the suit, the body, and the technology of the twentieth century. He touches, among other things, on eighteenth-century androids, Christian Dior's New Look, Atlas missiles, cybernetics and cyborgs, latex, JFK's carefully cultivated image, the CBS lunar broadcast soundstage, NASA's Mission Control, and the applications of Apollo-style engineering to city planning. The twenty-one-layer spacesuit, de Monchaux argues, offers an object lesson. It tells us about redundancy and interdependence and about the distinctions between natural and man-made complexity; it teaches us to know the virtues of adaptation and to see the future as a set of possibilities rather than a scripted scenario.

The most delightful and memorable new book I read last year was 'Spacesuit,' by Nicholas de Monchaux ... [I]t offers a wonderful David & Goliath story about the triumph of Oldenburg-like soft objects over phallic, rigid ones, and of hard-working seamstresses over hard-nosed engineers.—The New Yorker—

The density of ideas and connections is intoxicating. De Monchaux swings masterfully between subjects, teasing out unexpected connections and spotting the seeds of contemporary life that were planted by the space race.

De Monchaux has an ear for a good story and affection for the historical characters…Spacesuit offers a broad and creative appraisal of that suit's many contexts, encouraging readers to consider technology as design, shaped by the circumstances of its time, unfailingly and elegantly layered and crafted to serve a purpose.

De Monchaux's thorough and artful history of the American spacesuit takes readers at a leisurely pace through the past, from the first air travel (via balloon) through fashions of the mid-20th century and manned missions into outer space.

Spacesuit bursts with dinner-party fodder: Did you know that the U.S. government's documentation of the Bikini Atoll nuclear tests created a worldwide film shortage? Or that the Apollo mission's computer-backup system was crafted into a binary pattern that was then physically woven into ropes? And that only seamstresses could be called upon to do this work properly?

Nicholas de Monchaux is Professor and Head of Architecture at MIT and a partner in the architecture practice modem. He is the author of Local Code: 3,659 Proposals about Data, Design, and the Nature of Cities. His work has been exhibited at the Venice Architecture Biennale, the Lisbon Architecture Triennial, the Storefront for Art and Architecture, SFMOMA, and the Chicago MCA. He is a Fellow of the American Academy in Rome.
Loading...
or support indie stores by buying on