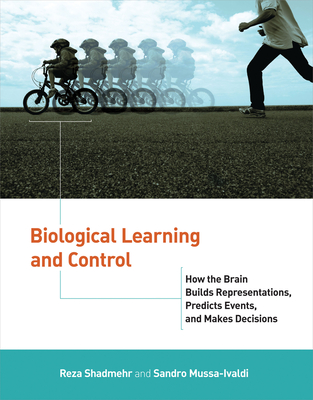 A novel theoretical framework that describes a possible rationale for the regularity in how we move, how we learn, and how our brain predicts events.

In Biological Learning and Control, Reza Shadmehr and Sandro Mussa-Ivaldi present a theoretical framework for understanding the regularity of the brain's perceptions, its reactions to sensory stimuli, and its control of movements. They offer an account of perception as the combination of prediction and observation: the brain builds internal models that describe what should happen and then combines this prediction with reports from the sensory system to form a belief.

Considering the brain's control of movements, and variations despite biomechanical similarities among old and young, healthy and unhealthy, and humans and other animals, Shadmehr and Mussa-Ivaldi review evidence suggesting that motor commands reflect an economic decision made by our brain weighing reward and effort. This evidence also suggests that the brain prefers to receive a reward sooner than later, devaluing or discounting reward with the passage of time; then as the value of the expected reward changes in the brain with the passing of time (because of development, disease, or evolution), the shape of our movements will also change.

The internal models formed by the brain provide the brain with an essential survival skill: the ability to predict based on past observations. The formal concepts presented by Shadmehr and Mussa-Ivaldi offer a way to describe how representations are formed, what structure they have, and how the theoretical concepts can be tested.

Reza Shadmehr is Professor of Bioengineering and Professor of Neuroscience at the Johns Hopkins University School of Medicine. He is the coauthor of The Computational Neurobiology of Reaching and Pointing and Biological Learning and Control (both published by the MIT Press).

Sandro Mussa-Ivaldi is Professor of Physiology in the Medical School at Northwestern University, with joint appointments in Physical Medicine and Rehabilitation and Biomedical Engineering. He is also Founder and Director of the Robotics Laboratory at the Rehabilitation Institute of Chicago.
Loading...
or
Not Currently Available for Direct Purchase