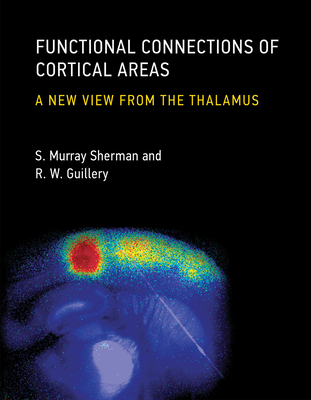 A New View from the Thalamus

Two leading authorities on thalamocortical connections consider how the neural circuits of the brain relate to our actions and perceptions.

In this book, two leading authorities on the thalamus and its relationship to cortex build on their earlier findings to arrive at new ways of thinking about how the brain relates to the world, to cognition, and behavior. Based on foundations established earlier in their book Exploring the Thalamus and Its Role in Cortical Function, the authors consider the implications of these ground rules for thalamic inputs, thalamocortical connections, and cortical outputs.

The authors argue that functional and structural analyses of pathways connecting thalamus and cortex point beyond these to lower centers and through them to the body and the world. Each cortical area depends on the messages linking it to body and world. These messages relate to the way we act and think; each cortical area receives thalamic inputs and has outputs to motor centers. Sherman and Guillery go on to discuss such topics as the role of branching axons that carry motor instructions as well as copies of these motor instructions for relay to cortex under the control of the thalamic gate. This gate allows the thalamus to control the passage of information on the basis of which cortex relates to the rest of the nervous system.

R.W. Guillery is affiliated with the MRC Anatomical Neuropharmacology Unit in Oxford, previously taught in the United States, the United Kingdom, and Turkey, and is a Fellow of the Royal Society. Sherman and Guillery are the authors of Exploring the Thalamus and Its Role in Cortical Function (MIT Press).
or
Not Currently Available for Direct Purchase
Copyright © 2020 American Booksellers Association