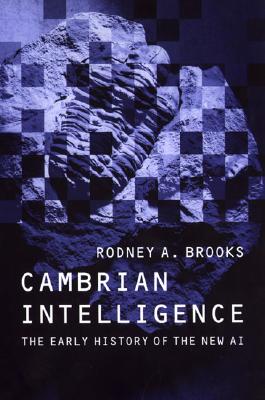 The Early History of the New AI (Bradford Books)

Until the mid-1980s, AI researchers assumed that an intelligent system doing high-level reasoning was necessary for the coupling of perception and action. In this traditional model, cognition mediates between perception and plans of action. Realizing that this core AI, as it was known, was illusory, Rodney A. Brooks turned the field of AI on its head by introducing the behavior-based approach to robotics. The cornerstone of behavior-based robotics is the realization that the coupling of perception and action gives rise to all the power of intelligence and that cognition is only in the eye of an observer. Behavior-based robotics has been the basis of successful applications in entertainment, service industries, agriculture, mining, and the home. It has given rise to both autonomous mobile robots and more recent humanoid robots such as Brooks' Cog.

This book represents Brooks' initial formulation of and contributions to the development of the behavior-based approach to robotics. It presents all of the key philosophical and technical ideas that put this "bottom-up" approach at the forefront of current research in not only AI but all of cognitive science.