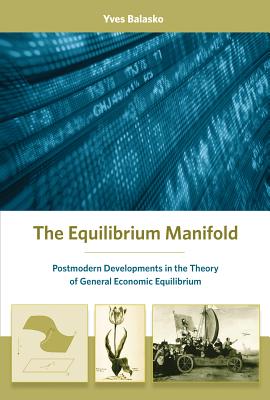 A leading scholar in the field presents post-1970s developments in the theory of general equilibrium, unified by the concept of equilibrium manifold.

Applications include stability issues of adjustment dynamics for out-of-equilibrium prices, the introduction of price-dependent preferences, and aspects of time and uncertainty in extensions of the general equilibrium model that account for various forms of market frictions and imperfections. Special effort has been made at reducing the mathematical technicalities without compromising rigor. The Equilibrium Manifold makes clear the ways in which the postmodern" developments of the Arrow-Debreu model improve our understanding of modern market economies.

Yves Balasko is Professor of Economics at the University of York. He is the author of Foundations of the Theory of General Equilibrium and numerous articles on the theory of general equilibrium.
or
Not Currently Available for Direct Purchase
Copyright © 2020 American Booksellers Association