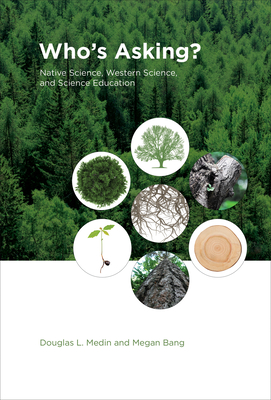 Analysis and case studies show that including different orientations toward the natural world makes for more effective scientific practice and science education.

The answers to scientific questions depend on who's asking, because the questions asked and the answers sought reflect the cultural values and orientations of the questioner. These values and orientations are most often those of Western science. In Who's Asking?, Douglas Medin and Megan Bang argue that despite the widely held view that science is objective, value-neutral, and acultural, scientists do not shed their cultures at the laboratory or classroom door; their practices reflect their values, belief systems, and worldviews. Medin and Bang argue further that scientist diversity—the participation of researchers and educators with different cultural orientations—provides new perspectives and leads to more effective science and better science education.

Medin and Bang compare Native American and European American orientations toward the natural world and apply these findings to science education. The European American model, they find, sees humans as separated from nature; the Native American model sees humans as part of a natural ecosystem. Medin and Bang then report on the development of ecologically oriented and community-based science education programs on the Menominee reservation in Wisconsin and at the American Indian Center of Chicago. Medin and Bang's novel argument for scientist diversity also has important implications for questions of minority underrepresentation in science.

Who's Asking? is an insightful read demonstrating the importance of incorporating cultural, indigenous and community epistemologies in science teaching and professional practice...the scope of the research goes far beyond science education. This thought-provoking book is highly recommended for anyone interested in knowledge, science, and scientific decision-making.—LSE Review of Books—

This book represents a useful additional tool in thinking about...how science works...a useful set of critiques for those involved in scientific research and the related fields of science education, communication, policy, and sociology...a great resource to dip in and out of.

Douglas L. Medin is Louis W. Menk Professor of Psychology and Professor of Education and Social Policy at Northwestern University. He is the coauthor of The Native Mind and the Cultural Construction of Nature and coeditor of Folkbiology, both published by the MIT Press.

Megan Bang is Professor of Learning Sciences and Human Development in the College of Education at the University of Washington.
Loading...
or
Not Currently Available for Direct Purchase