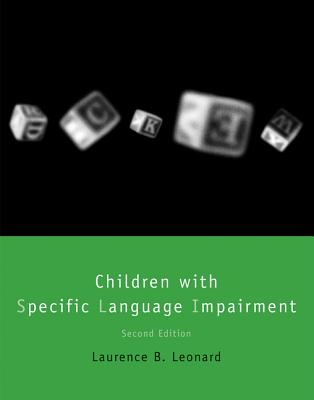 By Laurence B. Leonard

The landmark reference in the field, completely updated: a comprehensive treatment of a disorder that is more prevalent than autism.

Children with specific language impairment (SLI) show a significant deficit in spoken language that cannot be attributed to neurological damage, hearing impairment, or intellectual disability. More prevalent than autism and at least as prevalent as dyslexia, SLI affects approximately seven percent of all children; it is longstanding, with adverse effects on academic, social, and (eventually) economic standing. The first edition of this work established Children with Specific Language Impairment as the landmark reference on this condition, considering not only the disorder's history, possible origins, and treatment but also what SLI might tell us about language organization and development in general. This second edition offers a complete update of the earlier volume.

Much of the second edition is completely new, reflecting findings and interpretations based on the hundreds of studies that have appeared since the publication of the first edition in 1997. Topics include linguistic details (descriptive and theoretical), word and sentence processing findings, genetics, neurobiology, treatment, and comparisons to such conditions as autism spectrum disorders, ADHD, and dyslexia. The book covers SLI in children who speak a wide range of languages, and, although the emphasis is on children, it also includes studies of adults who were diagnosed with SLI as children or are the parents of children with SLI.

Written by a leading scholar in the field, Children with Specific Language Impairment offers the most comprehensive, balanced, and unified treatment of SLI available.