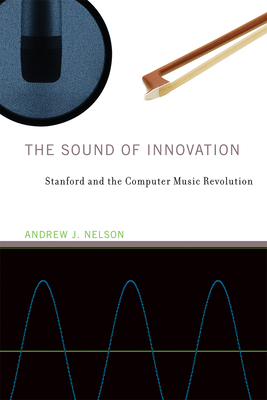 The Sound of Innovation

Stanford and the Computer Music Revolution (Inside Technology)

How a team of musicians, engineers, computer scientists, and psychologists developed computer music as an academic field and ushered in the era of digital music.

In the 1960s, a team of Stanford musicians, engineers, computer scientists, and psychologists used computing in an entirely novel way: to produce and manipulate sound and create the sonic basis of new musical compositions. This group of interdisciplinary researchers at the nascent Center for Computer Research in Music and Acoustics (CCRMA, pronounced “karma”) helped to develop computer music as an academic field, invent the technologies that underlie it, and usher in the age of digital music. In The Sound of Innovation, Andrew Nelson chronicles the history of CCRMA, tracing its origins in Stanford's Artificial Intelligence Laboratory through its present-day influence on Silicon Valley and digital music groups worldwide.

Nelson emphasizes CCRMA's interdisciplinarity, which stimulates creativity at the intersections of fields; its commitment to open sharing and users; and its pioneering commercial engagement. He shows that Stanford's outsized influence on the emergence of digital music came from the intertwining of these three modes, which brought together diverse supporters with different aims around a field of shared interest. Nelson thus challenges long-standing assumptions about the divisions between art and science, between the humanities and technology, and between academic research and commercial applications, showing how the story of a small group of musicians reveals substantial insights about innovation.

Nelson draws on extensive archival research and dozens of interviews with digital music pioneers; the book's website provides access to original historic documents and other material.

Andrew J. Nelson is Assistant Professor of Management at the University of Oregon.
Loading...
or
Not Currently Available for Direct Purchase