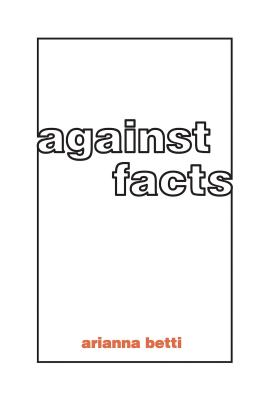 An argument that the major metaphysical theories of facts give us no good reason to accept facts in our catalog of the world.

In this book Arianna Betti argues that we have no good reason to accept facts in our catalog of the world, at least as they are described by the two major metaphysical theories of facts. She claims that neither of these theories is tenable--neither the theory according to which facts are special structured building blocks of reality nor the theory according to which facts are whatever is named by certain expressions of the form "the fact that such and such." There is reality, and there are entities in reality that we are able to name, but, Betti contends, among these entities there are no facts.

Drawing on metaphysics, the philosophy of language, and linguistics, Betti examines the main arguments in favor of and against facts of the two major sorts, which she distinguishes as compositional and propositional, giving special attention to methodological presuppositions. She criticizes compositional facts (facts as special structured building blocks of reality) and the central argument for them, Armstrong's truthmaker argument. She then criticizes propositional facts (facts as whatever is named in "the fact that" statements) and what she calls the argument from nominal reference, which draws on Quine's criterion of ontological commitment. Betti argues that metaphysicians should stop worrying about facts, and philosophers in general should stop arguing for or against entities on the basis of how we use language.

Arianna Betti is Chair and Professor of Philosophy of Language at the University of Amsterdam.
Loading...
or
Not Currently Available for Direct Purchase