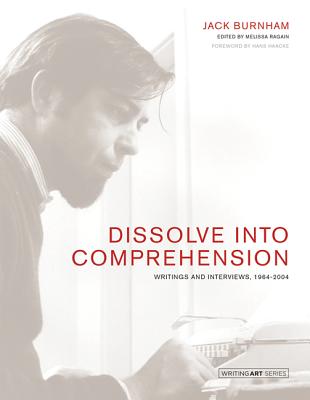 Influential writings by the legendary art critic and theorist Jack Burnham--a pioneer in new media systems aesthetics and an early advocate of conceptualism.

Jack Burnham is one of the few critics and theorists alive today who can claim to have radically altered the way we think about works of art. Burnham's use of the term "system" (borrowed from theoretical biology) in his 1968 essay "System Aesthetics" announced the relational character of conceptual art and newer research-based projects. Trained as an art historian, Burnham was also a sculptor. His first book, Beyond Modern Sculpture (1968), established him as a leading commentator on art and technology. A postformalist pioneer, an influential figure in new media art history, an early champion of conceptual and ecological art, and the curator of the first exhibition of digital art, Burnham is long overdue for reevaluation. This book offers that opportunity by collecting a substantial and varied selection of his hard-to-find texts, some published here for the first time.

Although Burnham left the art world abruptly in the 1990s, his visionary theoretical ideas have only become more relevant in recent years. This collection seeks to restore Burnham to his rightful place in art criticism and theory, reestablishing his voice as crucial to critical conversations of the period. It gathers his early writing on sculpture, his essays on systems art and conceptualism, his views of the New York art world, and his later occult work--including an unorthodox interpretation of Marcel Duchamp's work that draws on the Kabbalah.

Jack Burnham is an artist, art critic, and theorist known for his application of systems theory to art history and theory. On the faculty of Northwestern University from 1962 to 1982 and later at the University of Maryland and an inaugural fellow at MIT's Center for Advanced Visual Studies in 1968-1969, Burnham is the author of three books of criticism. Melissa Ragain is Assistant Professor of Art History at Montana State University. Hans Haacke is a German-born artist who lives and works in New York. From 1967 to 2002, he taught at The Cooper Union.
Loading...
or
Not Currently Available for Direct Purchase