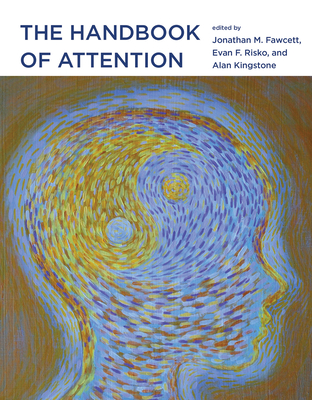 The Handbook of Attention

An authoritative overview of current research on human attention, emphasizing the relation between cognitive phenomena observed in the laboratory and in the real world.

Laboratory research on human attention has often been conducted under conditions that bear little resemblance to the complexity of our everyday lives. Although this research has yielded interesting discoveries, few scholars have truly connected these findings to natural experiences. This book bridges the gap between “laboratory and life” by bringing together cutting-edge research using traditional methodologies with research that focuses on attention in everyday contexts. It offers definitive reviews by both established and rising research stars on foundational topics such as visual attention and cognitive control, underrepresented domains such as auditory and temporal attention, and emerging areas of investigation such as mind wandering and embodied attention.

The contributors discuss a range of approaches and methodologies, including psychophysics, mental chronometry, stationary and mobile eye-tracking, and electrophysiological and functional brain imaging. Chapters on everyday attention consider such diverse activities as driving, shopping, reading, multitasking, and playing videogames. All chapters present their topics in the same overall format: historical context, current research, the possible integration of laboratory and real-world approaches, future directions, and key and outstanding issues.

Jonathan M. Fawcett is an Investigator Scientist at the MRC Cognition and Brain Sciences Unit and a Junior Research Fellow at Clare College, University of Cambridge.

Evan F. Risko is Assistant Professor and Canada Research Chair in the Department of Psychology at the University of Waterloo.

Alan Kingstone is Professor and Distinguished University Scholar in the Department of Psychology at the University of British Columbia.

Charles Spence is Director of the Crossmodal Research Group at the Department of Experimental Psychology at Oxford University.

Steven J. Luck is Professor of Psychology and Director of the Center for Mind and Brain at the University of California, Davis. A leading authority on ERP research, he leads ERP Boot Camps that provide ERP training to researchers from around the world.

Gustav Kuhn is Reader in Psychology at Goldsmiths, University of London, and a member of the Magic Circle.

Gerald Matthews is Professor of Psychology at the University of Cincinnati.

Karen Collins is Associate Professor in the Department of Communication Arts at the University of Waterloo. She is the author of ten books on sound, including Game Sound and Playing with Sound (both published by the MIT Press), and is the director of the film Beep: A Documentary History of Game Sound.

Evan F. Risko is Assistant Professor and Canada Research Chair in the Department of Psychology at the University of Waterloo.
Loading...
or
Not Currently Available for Direct Purchase