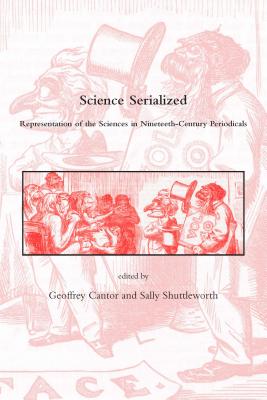 Essays examining the ways in which the Victorian periodical press presented the scientific developments of the time to general and specialized audiences.

Nineteenth-century Britain saw an explosion of periodical literature, with the publication of over 100,000 different magazines and newspapers for a growing market of eager readers. The Victorian periodical press became an important medium for the dissemination of scientific ideas. Every major scientific advance in the nineteenth century was trumpeted and analyzed in periodicals ranging from intellectual quarterlies such as the Edinburgh Review to popular weeklies like the Mirror of Literature, from religious periodicals such as the Evangelical Magazine to the atheistic Oracle of Reason. Scientific articles appeared side by side with the latest fiction or political reporting, while articles on nonscientific topics and serialized novels invoked scientific theories or used analogies drawn from science.The essays collected in Science Serialized examine the variety of ways in which the nineteenth-century periodical press represented science to both general and specialized readerships. They explore the role of scientific controversy in the press and the cultural politics of publication. Subject range from the presentation of botany in women's magazines to the highly public dispute between Darwin and Samuel Butler, and from discussions of the mind-body problem to those of energy physics.

Sally Shuttleworth is Professor of English Literature at the University of Sheffield and author of a number of books, including George Eliot and Nineteenth Century Science. They are codirectors of the SciPer (Science in the Nineteenth Century Periodical) project.
or
Not Currently Available for Direct Purchase
Copyright © 2020 American Booksellers Association