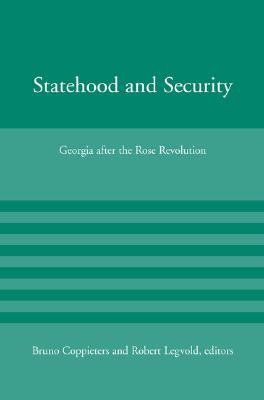 The former Soviet state of Georgia threw off its corrupt and undemocratic government in the Rose Revolution of November, 2003. Today, the new government under President Mikheil Saaskashvili faces complex security problems both within and outside Georgia's borders. Statehood and Security looks at the many different layers of these challenges and explores the complicated ways they intersect and influence one another. It argues that Georgia's problems need to be taken seriously by the rest of the world and considers what Georgia, its regional neighbors, and the West can do--within the realm of the politically feasible--to improve the situation in ways that enhance the security of all concerned.

For Georgia, as for the other post-Soviet states, security begins at home. Internal conflicts, including the intractable issue of the reintegration of breakaway Abkhazia and South Ossetia, threaten Georgia's territorial integrity. Regional conflict--including the quasi-state of war between Armenia and Azerbaijan and the effect of the ongoing Chechen insurgency on Russia--defines Georgia's relations with its neighbors and distracts it from its internal problems. The chapters in Statehood and Security, written by both Georgian and non-Georgian authors, examine such topics as Georgian national identity; the inefficacy of state institutions because of corruption, criminal activity, and paramilitary groups; Georgia's troubled relationship with Russia, including Russia's role in Abkhazia; and the role of the West.