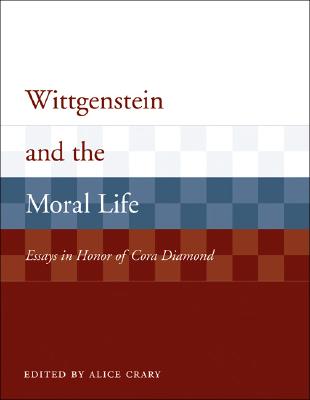 Wittgenstein and the Moral Life

Essays in Honor of Cora Diamond

Cora Diamond has played a leading role in the reception and elaboration of Wittgenstein's philosophy. Diamond's contribution to Wittgenstein scholarship is distinguished by her striking and widely discussed suggestions about continuity between Wittgenstein's early and later writings. Her work in ethics, in important respects shaped by her study of Wittgenstein, has been similarly influential. The essays in this volume, by a number of distinguished philosophers, including Stanley Cavell, James Conant, John McDowell, Hilary Putnam, and Martha Nussbaum, explore groundbreaking interpretations of Wittgenstein's philosophy and attempt to demonstrate its significance for ethics, using Diamond's writings on these topics as a springboard and inspiration.

The book begins with essays that address Diamond's work on Wittgenstein, defending and further developing her work both on the Tractatus and on Wittgenstein's later thought. Additional essays take up Diamond's writings on moral philosophy, examining her concept of "the difficulty of reality," her view that literature as such presents us with rational moral instruction, and her work on animals and ethics.

Martha C. Nussbaum, Ernst Freund Distinguished Service Professor of Law and Ethics at the University of Chicago, is appointed in the Philosophy Department, Law School, and Divinity School. A Fellow of the American Academy since 1988, Nussbaum is the author of numerous books, including The Fragility of Goodness: Luck and Ethics in Greek Tragedy and Philosophy (1986), Women and Human Development (2000), Upheavals of Thought: The Intelligence of Emotions (2001), and Hiding from Humanity: Disgust, Shame, and the Law (2004).
Loading...
or
Not Currently Available for Direct Purchase