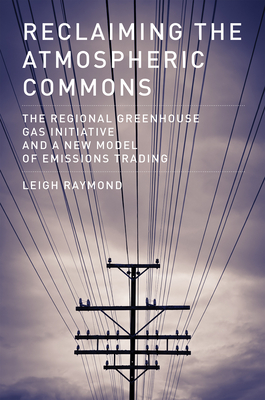 How the Regional Greenhouse Gas Initiative created a new paradigm in climate policy by requiring polluters to pay for their emissions for the first time.

In 2008, a group of states in the northeast United States launched an emissions trading program, the Regional Greenhouse Gas Initiative (RGGI). With RGGI, these states--Connecticut, Delaware, Maine, Maryland, Massachusetts, New Hampshire, New Jersey, New York, Rhode Island, and Vermont--achieved what had been considered politically impossible: they forced polluters to pay the public for their emissions. The states accomplished this by conducting auctions of emissions "allowances"; by 2014, they had raised more than $2.2 billion in revenues. In this first in-depth examination of RGGI, Leigh Raymond describes this revolutionary and influential policy model and explains the practical and theoretical implications for climate policy.

Other cap-and-trade schemes had been criticized for providing private profits rather than public benefits, allowing private firms to make money by buying and selling valuable "rights to pollute." RGGI, by contrast, directed virtually all emissions auction revenues to programs benefiting the public at large. By reframing the issue in terms of public benefits, environmental advocates emphasized the public ownership of the atmospheric commons and private corporations' responsibility to pay for their use of it.

Raymond argues that this kind of "normative reframing" is significant not only for environmental policy making but also for theories of the policy process, helping to explain and predict sudden policy change.

Leigh Raymond is Professor of Political Science at Purdue University, the coauthor of Buying Nature: The Limits of Land Acquisition as a Conservation Strategy, 1780--2004 (MIT Press) and the author of Private Rights in Public Resources: Equity and Property Allocation in Market-Based Environmental Policy.
Loading...
or
Not Currently Available for Direct Purchase