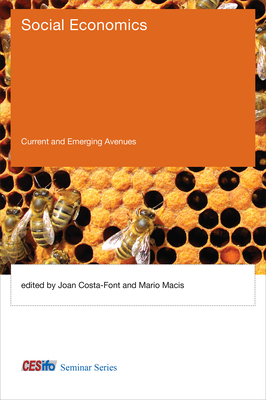 A rich collection of current research in the growing field of social economics, covering such issues as culture, gender, ethics, and philanthropic behavior.

The growing field of social economics explores how individual behavior is affected by group-level influences, extending the approach of mainstream economics to include broader social motivations and incentives. This book offers a rich and rigorous selection of current work in the field, focusing on some of the most active research areas. Topics covered include culture, gender, ethics, and philanthropic behavior.

Social economics grows out of dissatisfaction with a purely individualistic model of human behavior. This book shows how mainstream economics is expanding its domain beyond market and price mechanisms to recognize a role for cultural and social factors. Some chapters, in the tradition of Gary Becker, attempt to extend the economics paradigm to explain other social phenomena; others, following George Akerlof's approach, incorporate sociological and psychological assumptions to explain economic behavior. Loosely organized by theme--Social Preferences; Culture, Values, and Norms; and Networks and Social Interactions"--the chapters address a range of subjects, including gender differences in political decisions, "moral repugnance" as a constraint on markets, charitable giving by the super-rich, value diversity within a country, and the influence of children on their parents' social networks.