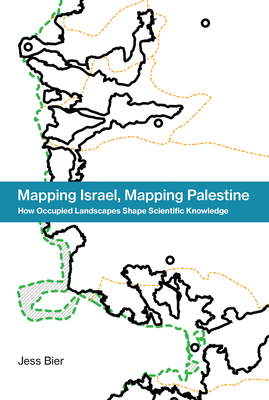 Digital practices in social and political landscapes: Why two researchers can look at the same feature and see different things.

Maps are widely believed to be objective, and data-rich computer-made maps are iconic examples of digital knowledge. It is often claimed that digital maps, and rational boundaries, can solve political conflict. But in Mapping Israel, Mapping Palestine, Jess Bier challenges the view that digital maps are universal and value-free. She examines the ways that maps are made in Palestine and Israel to show how social and political landscapes shape the practice of science and technology.

How can two scientific cartographers look at the same geographic feature and see fundamentally different things? In part, Bier argues, because knowledge about the Israeli military occupation is shaped by the occupation itself. Ongoing injustices--including checkpoints, roadblocks, and summary arrests--mean that Palestinian and Israeli cartographers have different experiences of the landscape. Palestinian forms of empirical knowledge, including maps, continue to be discounted.

Bier examines three representative cases of population, governance, and urban maps. She analyzes Israeli population maps from 1967 to 1995, when Palestinian areas were left blank; Palestinian state maps of the late 1990s and early 2000s, which were influenced by Israeli raids on Palestinian offices and the legacy of British colonial maps; and urban maps after the Second Intifada, which show how segregated observers produce dramatically different maps of the same area. The geographic production of knowledge, including what and who are considered scientifically legitimate, can change across space and time. Bier argues that greater attention to these changes, and to related issues of power, will open up more heterogeneous ways of engaging with the world.