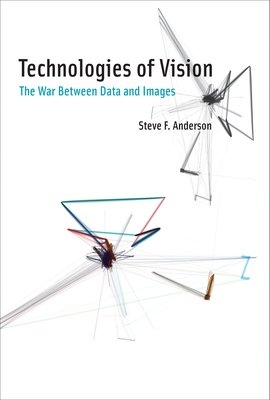 The War Between Data and Images

An investigation of the computational turn in visual culture, centered on the entangled politics and pleasures of data and images.

If the twentieth century was tyrannized by images, then the twenty-first is ruled by data. In Technologies of Vision, Steve Anderson argues that visual culture and the methods developed to study it have much to teach us about today's digital culture; but first we must examine the historically entangled relationship between data and images. Anderson starts from the supposition that there is no great divide separating pre- and post-digital culture. Rather than creating an insular field of new and inaccessible discourse, he argues, it is more productive to imagine that studying "the digital" is coextensive with critical models--especially the politics of seeing and knowing--developed for understanding "the visual."

Anderson's investigation takes on an eclectic array of examples ranging from virtual reality, culture analytics, and software art to technologies for computer vision, face recognition, and photogrammetry. Mixing media archaeology with software studies, Anderson mines the history of technology for insight into both the politics of data and the pleasures of algorithms. He proposes a taxonomy of modes that describe the functional relationship between data and images in the domains of space, surveillance and data visualization. At stake in all three are tensions between the totalizing logic of data and the unruly chaos of images.