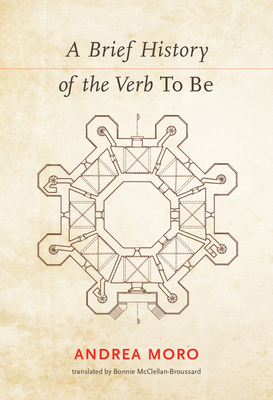 A Brief History of the Verb to Be

A journey through linguistic time and space, from Aristotle through the twentieth century's "era of syntax," in search of a dangerous verb and its significance.

Beginning with the early works of Aristotle, the interpretation of the verb to be runs through Western linguistic thought like Ariadne's thread. As it unravels, it becomes intertwined with philosophy, metaphysics, logic, and even with mathematics--so much so that Bertrand Russell showed no hesitation in proclaiming that the verb to be was a disgrace to the human race.

With the conviction that this verb penetrates modern linguistic thinking, creating scandal in its wake and, like a Trojan horse of linguistics, introducing disruptive elements that lead us to rethink radically the most basic structure of human language--the sentence--Andrea Moro reconstructs this history. From classical Greece to the dueling masters of medieval logic through the revolutionary geniuses from the seventeenth century to the Enlightenment, and finally to the twentieth century--when linguistics became a driving force and model for neuroscience--the plot unfolds like a detective story, culminating in the discovery of a formula that solves the problem even as it raises new questions--about language, evolution, and the nature and structure of the human mind. While Moro never resorts to easy shortcuts, A Brief History of the Verb To Be isn't burdened with inaccessible formulas and always refers to the broader picture of mind and language. In this way it serves as an engaging introduction to a new field of cutting-edge research.