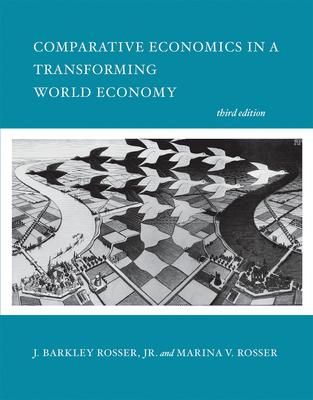 An approach to comparative economic systems that avoids simple dichotomies to examine a wide variety of institutional and systemic arrangements, with updated country case studies.

Comparative economics, with its traditional dichotomies of socialism versus capitalism, private versus state, and planning versus market, is changing. This innovative textbook offers a new approach to understanding different economic systems that reflects both recent transformations in the world economy and recent changes in the field.This new edition examines a wide variety of institutional and systemic arrangements, many of which reflect deep roots in countries' cultures and histories.

The book has been updated and revised throughout, with new material in both the historical overview and the country case studies. It offers a broad survey of economic systems, then looks separately at market capitalism, Marxism and socialism, and "new traditional economies" (with an emphasis on the role of religions, Islam in particular, in economic systems). It presents case studies of advanced capitalist nations, including the United States, Japan, Sweden, and Germany; alternative paths in the transition from socialist to market economies taken by such countries as Russia, the former Soviet republics, Poland, China, and the two Koreas; and developing countries, including India, Iran, South Africa, Mexico, and Brazil. The new chapters on Brazil and South Africa complete the book's coverage of all five BRICS nations; the chapter on South Africa extends the book's comparative treatment to another continent. The chapter on Brazil with its account of the role of the Amazon rain forest as a great carbon sink expands the coverage of global environmental and sustainability issues. Each chapter ends with discussion questions.