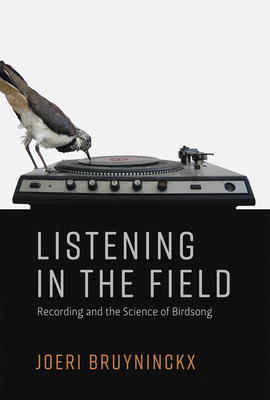 Listening in the Field

Recording and the Science of Birdsong (Inside Technology)

The transformation of sound recording into a scientific technique in the study of birdsong, as biologists turned wildlife sounds into scientific objects.

Scientific observation and representation tend to be seen as exclusively visual affairs. But scientists have often drawn on sensory experiences other than the visual. Since the end of the nineteenth century, biologists have used a variety of techniques to register wildlife sounds. In this book, Joeri Bruyninckx describes the evolution of sound recording into a scientific technique for studying the songs and calls of wild birds and asks, what it means to listen to animal voices as a scientist.

The practice of recording birdsong took shape at the intersection of popular entertainment and field ornithology, turning recordings into objects of investigation and popular fascination. Shaped by the technologies and interests of amateur naturalism and music teaching, radio broadcasting and gramophone production, hobby electronics and communication engineering, birdsong recordings traveled back and forth between scientific and popular domains, to appear on gramophone recordings, radio broadcasts, and movie soundtracks.