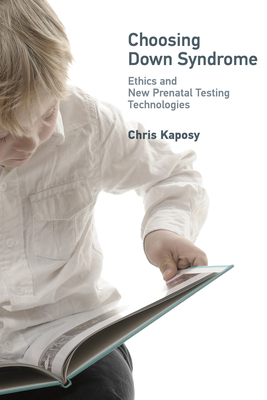 An argument that more people should have children with Down syndrome, written from a pro-choice, disability-positive perspective.

The rate at which parents choose to terminate a pregnancy when prenatal tests indicate that the fetus has Down syndrome is between 60 and 90 percent. In Choosing Down Syndrome, Chris Kaposy offers a carefully reasoned ethical argument in favor of choosing to have such a child. Arguing from a pro-choice, disability-positive perspective, Kaposy makes the case that there is a common social bias against cognitive disability that influences decisions about prenatal testing and terminating pregnancies, and that more people should resist this bias by having children with Down syndrome.