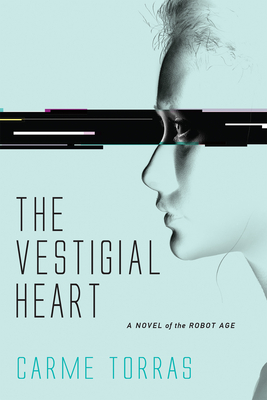 A Novel of the Robot Age

A thirteen-year-old girl wakes up in a future where human emotions are extinct and people rely on personal-assistant robots to navigate daily life.

Imagine a future in which many human emotions are extinct, and “emotional masseuses” try to help people recover those lost sensations. Individuals rely on personal-assistant robots to navigate daily life. Students are taught not to think but to employ search programs. Companies protect their intellectual property by erasing the memory of their employees. And then imagine what it would feel like to be a sweet, smart thirteen-year-old girl from the twenty-first century who wakes from a cryogenically induced sleep into this strange world. This is the compelling story told by Carme Torras in this prize-winning science fiction novel. We meet Celia, brought back to life when a cure is found for her formerly terminal disease, and Lu, Celia's adoptive mother, protective but mystified by her new daughter. There is Leo, a bioengineer, who is developing a “creativity prosthesis” to augment humans' atrophied capacities, and the eccentric robotics mogul Dr. Craft. And there is Silvana, an emotional masseuse who reads old books to research the power of emotion. Silvana sees Celia as a living, breathing example of the emotions and feelings that are now out of reach for most people.

Torras, a prominent roboticist, weaves provocative ethical issues into her story. What kind of robots do we want when robot companions become as common as personal computers are now? Is it the responsibility of researchers to design robots that make the human mind evolve in a certain way? An appendix provides readers with a list of ethics questions raised by the book.


Praise For The Vestigial Heart: A Novel of the Robot Age…

A fascinating and provocative speculative tale.

Carme Torras, a leading researcher in robotics and artificial intelligence, is Research Professor at the Institut de Robòtica i Informàtica Industrial (CSIC-UPC) in Barcelona and editor of IEEE Transactions on Robotics. A member of the Catalan Society for Science Fiction and Fantasy, she is the author of four novels.
Loading...
or
Not Currently Available for Direct Purchase