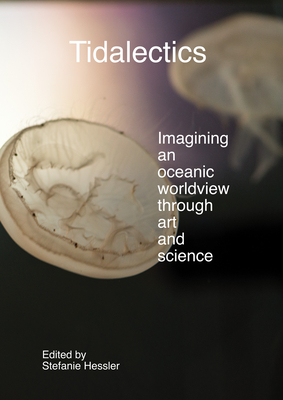 Imagining an Oceanic Worldview Through Art and Science

Essays, research, and art projects that formulate a Tidalectic worldview, addressing our most threatened ecosystem: the oceans.

The oceans cover two-thirds of the planet, shaping human history and culture, home to countless species. Yet we, as mostly land-dwelling humans, often fail to grasp the importance of these vast bodies of water. Climate change destabilizes notions of land-based embeddedness, collapses tropes of time and space, and turns our future more oceanic. Tidalectics imagines an oceanic worldview, with essays, research, and artists' projects that present a different way of engaging with our hydrosphere. Unbound by land-based modes of thinking and living, the essays and research in Tidalectics reflect the rhythmic fluidity of water.

Tidalectics emerges from the Thyssen-Bornemisza Art Contemporary (TBA21)-Academy, the only Western arts organization entirely dedicated to work on climate change and the oceans. In 2016, TBA21-Academy became the first cultural organization to gain UN observer status at the International Seabed Authority Assembly. The book presents newly commissioned work from a range of disciplines and often-neglected perspectives, alongside classic "anchor texts" by such writers as Rachel Carson. The contributors include an anthropologist from Fiji, a Norwegian scholar who specializes in maritime legal history, the author of the first comparative history of Caribbean and Pacific Island literatures, and a poet from Barbados who coined the term "tidalectics" as a play on "dialectics." The art projects documented in the book form part of an exhibition curated by the volume's editor, and include a video of the infinite whites, blues, and grays of Antarctica; a collection of oceanic smells from the Caribbean and Pacific coasts of Costa Rica; and a quartz submersible capsule designed to communicate with cetaceans. Tidalectics provides a unique collection of the strongest voices in oceanic thinking, bridging arts, oceanography, history, law, and environmental studies.

Stefanie Hessler, Director of Kunsthall Trondheim in Norway, is a curator, writer, and editor. She has curated exhibitions by artists including Joan Jonas, Armin Linke, Marjetica Potrč, Christine Sun Kim, and Jenna Sutela.
or
Not Currently Available for Direct Purchase