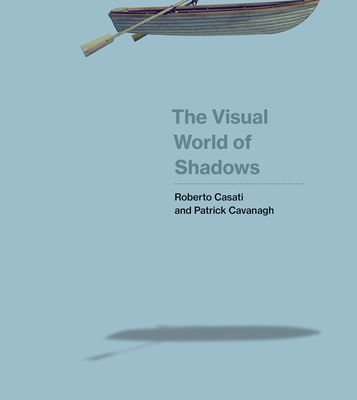 The Visual World of Shadows

How the perception of shadows, studied by vision scientists and visual artists, reveals the inner workings of the visual system.

In The Visual World of Shadows, Roberto Casati and Patrick Cavanagh examine how the perception of shadows, as studied by vision scientists and visual artists, reveals the inner workings of the visual system. Shadows are at once a massive problem for vision—which must distinguish them from objects or material features of objects—and a resource, signaling the presence, location, shape, and size of objects.

Casati and Cavanagh draw up an inventory of information retrievable from shadows, showing their amazing variety. They present an overview of the visual system, distinguishing between measurement and inference. They discuss the shadow mission, the work done by the visual brain to parse, and perhaps discard, the information from shadows; shadow ownership, the association of a shadow with the object that casts it; shadow labeling, the visual system's ability to tell shadows from nonshadows; and the shadow concept, our knowledge about shadows as a category. Casati and Cavanagh then apply the theoretical apparatus they have developed for shadows to other phenomena: illumination, reflection, and transparency. Finally, they examine the art of the shadow, paying tribute to artists' exploration of shadow, analyzing a series of artworks (reproduced in color) from a rich and fascinating art historical corpus.


Praise For The Visual World of Shadows…

This boundary-crossing monograph will appeal to readers interested in either or both fields: visual arts and human perception. The text incorporates abundant, rich illustrations specifically designed to cause the reader to linger and reevaluate the role of shadows in their own visual environment, and thus appreciate shadows with a new sense of understanding. While its language is certainly accessible to a general audience, the work will probably find its most enthusiastic readership among an academic or quasi-academic population.—Choice—

Roberto Casati is the Director of the Jean Nicod Institute and Professor at EHESS in Paris. He is the coauthor of Holes and Other Superficialities and Parts and Places: The Structures of Spatial Representation, both published by the MIT Press.

Patrick Cavanagh is a Senior Research Fellow at Glendon College of York University, Toronto, and Research Professor at Dartmouth College.
Loading...
or
Not Currently Available for Direct Purchase