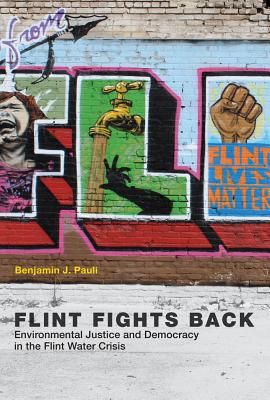 An account of the Flint water crisis shows that Flint's struggle for safe and affordable water is part of a broader struggle for democracy.

When Flint, Michigan, changed its source of municipal water from Lake Huron to the Flint River, Flint residents were repeatedly assured that the water was of the highest quality. At the switchover ceremony, the mayor and other officials performed a celebratory toast, declaring "Here's to Flint " and downing glasses of freshly treated water. But as we now know, the water coming out of residents' taps harbored a variety of contaminants, including high levels of lead. In Flint Fights Back, Benjamin Pauli examines the water crisis and the political activism that it inspired, arguing that Flint's struggle for safe and affordable water was part of a broader struggle for democracy. Pauli connects Flint's water activism with the ongoing movement protesting the state of Michigan's policy of replacing elected officials in financially troubled cities like Flint and Detroit with appointed "emergency managers."

Pauli distinguishes the political narrative of the water crisis from the historical and technical narratives, showing that Flint activists' emphasis on democracy helped them to overcome some of the limitations of standard environmental justice frameworks. He discusses the pro-democracy (anti-emergency manager) movement and traces the rise of the "water warriors"; describes the uncompromising activist culture that developed out of the experience of being dismissed and disparaged by officials; and examines the interplay of activism and scientific expertise. Finally, he explores efforts by activists to expand the struggle for water justice and to organize newly mobilized residents into a movement for a radically democratic Flint.