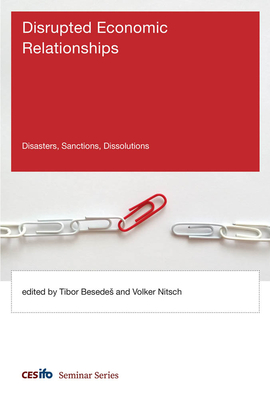 Cross-border economic relationships gradually strengthened in the decades after World War II; for most of the postwar period, international trade and investment have grown faster than output, a process often termed "globalization." In recent years, however, economic relationships have grown more fragile, subject to disruption by such factors as political conflict, economic sanctions, and the dissolution of institutional arrangements. This timely CESifo volume offers empirical studies and theoretical analyses that examine the causes and consequences of these disrupted economic relationships.

Contributors propose a new theoretical framework for understanding the economic impact of intergroup conflict and develop a predictive model to analyze the contagion of regional wars. They offer empirical studies of the economic effect of targeted sanctions and boycotts, including those imposed upon Iran, Russia, and Myanmar; argue provocatively that natural disasters are associated with increased international trade; analyze trade duration, finding previously identified explanatory factors to be insufficient for explaining variations in trade survival over time; and critically review the hypothesis that oil was a crucial factor in the collapse of the Soviet Union.