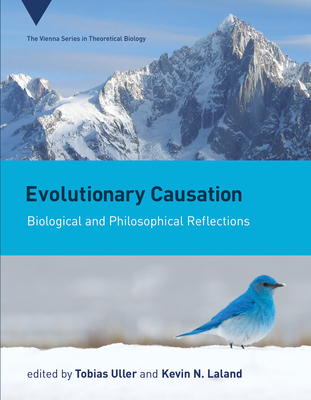 A comprehensive treatment of the concept of causation in evolutionary biology that makes clear its central role in both historical and contemporary debates.

In summary, Uller and Laland have done an excellent job in compiling this edited volume that should be of interest to all those who wish to dwell on the high-level conceptual debates in evolutionary biology over the last decades. The main value of this volume, to me, is that it forced me to think and clarify my own views, particularly when reading chapters in which I disagreed with the contributors. This volume is also valuable because it exposes conceptual disagreements within the reformist camp. One would wish to see a similar volume published where the disagreements within the more traditionalist camp in evolutionary biology were exposed in a similar fashion. Evolutionary biology today is certainly a mature scientific field with room for several different research traditions and in which different schools of thought coexist. This book, alongside more traditionalist perspectives, could be excellent material for a cross-departmental reading group of evolutionary biologists and philosophers, who certainly have much to learn from each other.—BioScience—

Massimo Pigliucci is Professor of Philosophy at the City University of New York.

Richard A. Watson is a Senior Lecturer in the BIO@ECS Research Group, School of Electronics and Computer Science, University of Southampton.
Loading...
or
Not Currently Available for Direct Purchase