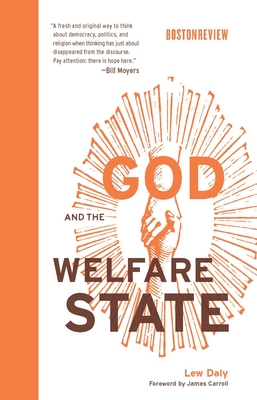 God and the Welfare State

When the Bush administration's faith-based initiative was introduced in 2001 as the next stage of the war on poverty, it provoked a flurry of protest for violating the church-state divide. Most critics didn't ask whether it could work. God and the Welfare State is the first book to trace the ideas behind George W. Bush's faith-based initiative from their roots in Catholic natural law theory and Dutch Calvinism to an American think tank, the Center for Public Justice. Comparing Bush's plan with the ways the same ideas have played out in Christian Democratic welfare policies in Europe, the author is skeptical that it will be an effective new way to fight poverty. But he takes the animating ideas very seriously, as they go to the heart of the relationship among religion, government, and social welfare. In the end Daly argues that these ideas -- which are now entrenched in federal and state politics -- are a truly radical departure from American traditions of governance. Although Bush's initiative roughly overlaps with more conventional conservative efforts to strengthen private power in economic life, it promises an unprecedented shift in the balance of power between secular and religious approaches to social problems and suggests a broader template for faith-based governance, in which the state would have a much more limited role in social policy.

Lew Daly is an independent scholar who lives in New York City. He studied religious ethics at Union Theological Seminary and has worked as a prison chaplain.
Loading...
or
Not Currently Available for Direct Purchase