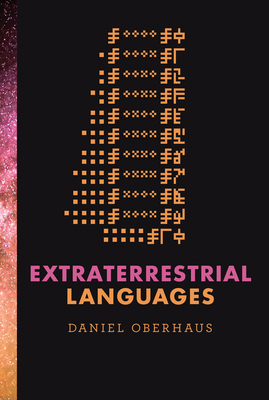 If we send a message into space, will extraterrestrial beings receive it? Will they understand?

The endlessly fascinating question of whether we are alone in the universe has always been accompanied by another, more complicated one: if there is extraterrestrial life, how would we communicate with it? In this book, Daniel Oberhaus leads readers on a quest for extraterrestrial communication. Exploring Earthlings' various attempts to reach out to non-Earthlings over the centuries, he poses some not entirely answerable questions: If we send a message into space, will extraterrestrial beings receive it? Will they understand? What languages will they (and we) speak? Is there not only a universal grammar (as Noam Chomsky has posited), but also a grammar of the universe?

The chosen medium for interstellar communication reveals much about the technological sophistication of the civilization that sends it, Oberhaus observes, but even more interesting is the information embedded in the message itself. In Extraterrestrial Languages, he considers how philosophy, linguistics, mathematics, science, and art have informed the design or limited the effectiveness of our interstellar messaging.

"For any one curious about communicating with the unknown, then this is a fine book." —ASTRONOMY NOW

Daniel Oberhaus is a science and technology journalist whose work has appeared in Wired, the Atlantic, Popular Mechanics, Slate, the Baffler, Nautilus, Vice, the Awl, and other publications
Loading...
or support indie stores by buying on