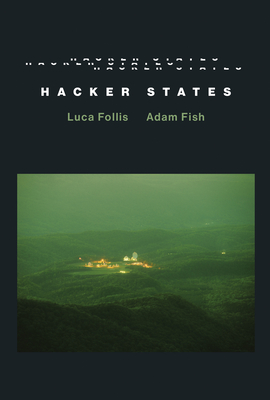 How hackers and hacking moved from being a target of the state to a key resource for the expression and deployment of state power.

In this book, Luca Follis and Adam Fish examine the entanglements between hackers and the state, showing how hackers and hacking moved from being a target of state law enforcement to a key resource for the expression and deployment of state power. Follis and Fish trace government efforts to control the power of the internet; the prosecution of hackers and leakers (including such well-known cases as Chelsea Manning, Edward Snowden, and Anonymous); and the eventual rehabilitation of hackers who undertake "ethical hacking" for the state. Analyzing the evolution of the state's relationship to hacking, they argue that state-sponsored hacking ultimately corrodes the rule of law and offers unchecked advantage to those in power, clearing the way for more authoritarian rule.

Follis and Fish draw on a range of methodologies and disciplines, including ethnographic and digital archive methods from fields as diverse as anthropology, STS, and criminology. They propose a novel "boundary work" theoretical framework to articulate the relational approach to understanding state and hacker interactions advanced by the book. In the context of Russian bot armies, the rise of fake news, and algorithmic opacity, they describe the political impact of leaks and hacks, hacker partnerships with journalists in pursuit of transparency and accountability, the increasingly prominent use of extradition in hacking-related cases, and the privatization of hackers for hire.

Luca Follis is a Lecturer in Criminology in the Law School at Lancaster University. He is a political sociologist working at the intersection of power, technology and resistance. Adam Fish is Scientia Fellow in the School of the Arts and Media at the University of New South Wales and author of Technoliberalism, and coauthor (with Ramesh Srinivasan) of After the Internet.
Loading...
or support indie stores by buying on