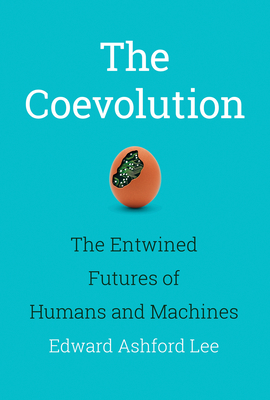 The Entwined Futures of Humans and Machines

Should digital technology be viewed as a new life form, sharing our ecosystem and coevolving with us?

Are humans defining technology, or is technology defining humans? In this book, Edward Ashford Lee considers the case that we are less in control of the trajectory of technology than we think. It shapes us as much as we shape it, and it may be more defensible to think of technology as the result of a Darwinian coevolution than the result of top-down intelligent design. Richard Dawkins famously said that a chicken is an egg's way of making another egg. Is a human a computer's way of making another computer? To understand this question requires a deep dive into how evolution works, how humans are different from computers, and how the way technology develops resembles the emergence of a new life form on our planet.

Lee presents the case for considering digital beings to be living, then offers counterarguments. What we humans do with our minds is more than computation, and what digital systems do—be teleported at the speed of light, backed up, and restored—may never be possible for humans. To believe that we are simply computations, he argues, is a “dataist” faith and scientifically indefensible. Digital beings depend on humans—and humans depend on digital beings. More likely than a planetary wipe-out of humanity is an ongoing, symbiotic coevolution of culture and technology.

Edward Ashford Lee is Distinguished Professor (Emeritus) in Electrical Engineering and Computer Sciences at the University of California, Berkeley, where he runs iCyPhy, a research center focused on industrial cyber-physical systems. He is the author of Plato and the Nerd (MIT Press) and other books.
Loading...
or
Not Currently Available for Direct Purchase