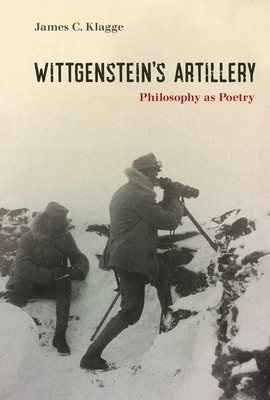 How Wittgenstein sought a more effective way of reaching his audience by a poetic style of doing philosophy.


Ludwig Wittgenstein once said, "Really one should write philosophy only as one writes poetry." In Wittgenstein's Artillery, James Klagge shows how, in search of ways to reach his audience, Wittgenstein tried a more poetic style of doing philosophy. Klagge argues that, deploying this new philosophical "artillery"--Klagge's term for Wittgenstein's methods of influencing his readers and students--Wittgenstein moved from an esoteric mode to an evangelical mode, aiming for an effect on his audience that was noncognitive, appealing to the temperament in addition to the intellect.

Wittgenstein was an artillery spotter--directing artillery fire to targets--in the Austrian army during World War I, and Klagge argues that, years later, he became a philosophical spotter, struggling to find the right artillery to accomplish his philosophical purpose. Klagge shows how Wittgenstein's work with his students influenced his style of writing philosophy and motivated him to care about the effect of his ideas on his audience. To illustrate Wittgenstein's evolving approach, Klagge draws on not only Wittgenstein's best-known works but also such lesser-known material as notebooks, dictations, lectures, and recollections of students. Klagge then goes beyond Wittgenstein to present a range of literature--biblical parables and children's stories, Dostoevsky and Tolstoy, Kierkegaard and Nietzsche--as other examples of the poetic approach. He concludes by offering his own attempts at a poetic approach to addressing philosophical issues.