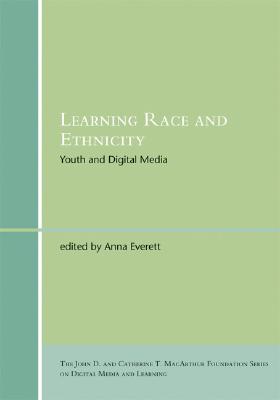 An exploration of how issues of race and ethnicity play out in a digital media landscape that includes MySpace, post-9/11 politics, MMOGs, Internet music distribution, and the digital divide.

It may have been true once that (as the famous cartoon of the 1990s put it) "Nobody knows you're a dog on the Internet," and that (as an MCI commercial of that era declared) on the Internet there is no race, gender, or infirmity, but today, with the development of web cams, digital photography, cell phone cameras, streaming video, and social networking sites, this notion seems quaintly idealistic. This volume takes up issues of race and ethnicity in the new digital media landscape. The contributors address this topic--still difficult to engage honestly, clearly, empathetically, and with informed understanding in twenty-first century America--with the goal of pushing consideration of a vexing but important subject from margin to center. Learning Race and Ethnicity explores the intersection of race and ethnicity with post 9/11 politics, online hate-speech practices, and digital youth and media cultures. It examines universal access and the racial and ethnic digital divide from the perspective of digital media learning and youth. The chapters treat such subjects as racial identity in the computer-mediated public sphere, minority technology innovators, new methods of music distribution, digital artist Judy Baca's work with youth, Native American digital media literacy, and minority youth technology access and the pervasiveness of online health information.

Anna Everett is Professor of Film Studies at the University of California, Santa Barbara.
Loading...
or
Not Currently Available for Direct Purchase